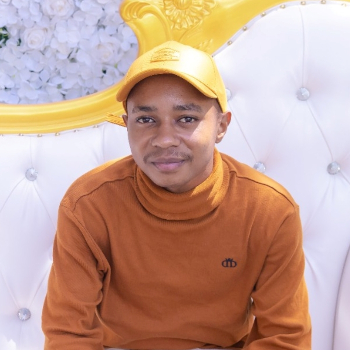 Sibaphiwe Dlova was born in 2001 on the 19th of October, raised in a small village on the outskirts of a small town called Butterworth. Growing up he didn’t have a lot of interactions with technology, but they were enough to spark his interest in IT. In 2008 he started going to school at Butterworth High school, where he remembers to get Computer lab visits on Wednesdays for an hour or 30 minutes but at that time all he was interested in were computer games. They were using old computers, still running windows XP. As the years progressed, he stopped getting lab visits, decided that he wanted to pursue IT when he was in Grade 5 after then in grade 10 that’s when he started to learn IT. He was taught the Delphi language: IDE which is a Pascal based programming language software from grade 10 up until Grade 12.

He applied to do software development in different higher education institutions but unfortunately, he didn’t get accepted, so he decided to opt for a course called Information Technology in Business Systems. He then moved to Gqeberha to study the course at Rosebank College in 2020. He got introduced to hackathons in 2021 and participated in 5 of them and together with a team where they won 3 of them. The first one was a Data science hackathon hosted by NEMISA for 4IR Data science solutions and we were a team of 2, managed to win first place in the Eastern Cape even though it was our first ever hackathon, unfortunately they didn’t make it in the National stage.

The second hackathon was hosted by the East London IDZ he assembled a different team, and came back with 3rd place on that one. The third win for the year was a Cybersecurity hackathon hosted by Geekulcha and that too was a different team, and came up on top. The ones they lost was a part 2 of the East London IDZ hackathon and another hackathon related to Blockchain held by Algorand in November. Each day he is trying to learn something new but in 2022 he decided to slow down and focus on completing his degree before pursing anything else but his passion for IT will never tire out, he will do his best to make sure the Eastern Cape is in the fore front when it comes to IT or South Africa as a whole.

You will not win at every challenge you choose to pursue right off the bat, you should never take a loss as failure but as a learning experience, take what you did wrong work in fixing and try again the phrase "Never give up" holds more weight that people think. So fellow Geeks NEVER GIVE UP we soldier on till the end.